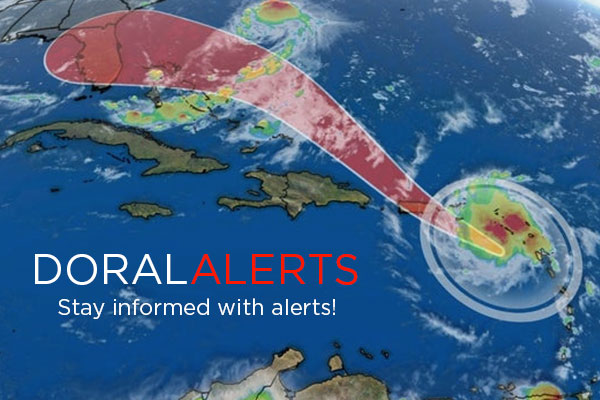 A Commitment to Bias-Free Policing

It is the policy of the City of Doral Police Department to prohibit biased policing, to train all members in the prohibition against biased policing, and to thoroughly investigate all complaints of biased policing. Furthermore, it is our policy to provide police services that are equitable, unbiased, judicious, and respectful of the dignity of all persons. The City of Doral Police Department expects all its members to treat all individuals with courtesy, professionalism, and respect.

The Department's legitimate objective to protect the public by enforcing the law shall be reached through enforcement actions that safeguard the constitutional rights of all persons. In order to accomplish this, the City of Doral Police Department prohibits illegal profiling as a law enforcement tactic and will not tolerate or condone its use by any of our members.

A fundamental right guaranteed by the Constitution of the United States is equal protection under the law. Along with this right to equal protection is the fundamental right to be free from unreasonable searches and seizures by government agents as guaranteed by the Fourth Amendment. Citizens are free to walk and drive our streets, highways, and other public places without police interference so long as they obey the law. They are also entitled to be free from crime, and from the acts of criminals, and to drive and walk our public ways safe from the actions of reckless and careless drivers.

Our Department is entrusted with protecting these rights for all, regardless of race, color, ethnicity, background, gender, national origin, sexual orientation, economic status, age, culture, physical handicap, religion or other belief system, or any physical or personal characteristic.

Police action which is biased or based upon racial profiling is illegal, violates the equal protection clause and the Fourth Amendment of the Constitution, alienates our citizens, fosters distrust of police, and undermines legitimate law enforcement efforts.

The nature of law enforcement requires our members to be observant, to identify unusual occurrences and law violations, and to act upon them. Proactive enforcement keeps our citizens free from crime and our streets safe to drive upon.

Criminal profiling is a legitimate tool in the fight against crime. Criminal profiling is an investigative method in which a member, through observation of activities and environment, identifies suspicious behavior by individuals and develops a legal basis, consistent with the Fourth Amendment, to stop them for questioning. However, illegal profiling refers to a decision by an officer to stop, detain, interdict, or search an individual based on the race, color, ethnicity, background, gender, national origin, sexual orientation, economic status, age, culture, physical handicap, religion or other belief system, or any physical or personal characteristic.

In order to ensure our Department adheres to our bias-free policing philosophy, the Department conducts an annual analysis of police/citizen interaction and reviews all complaints of biased policing lodged against our members in order to proactively address issues and concerns and to reinforce our commitment to bias-free policing.

Personnel Found in violation of this mandate will be subject to disciplinary action up to and including termination.

Please take the time to read through this community information booklet. In it, you will discover the answers to many frequently asked questions and learn about many of the programs we offer. We hope you enjoy this first edition and we look forward to any feedback or suggestions for future publications.

Any questions or concerns email:  info@doralpd.com
*You cannot request reports through the above email address*

Any questions or concerns email:  info@doralpd.com
*You cannot request reports through the above email address*

City of Doral has "A Commitment to Bias-Free Policing"