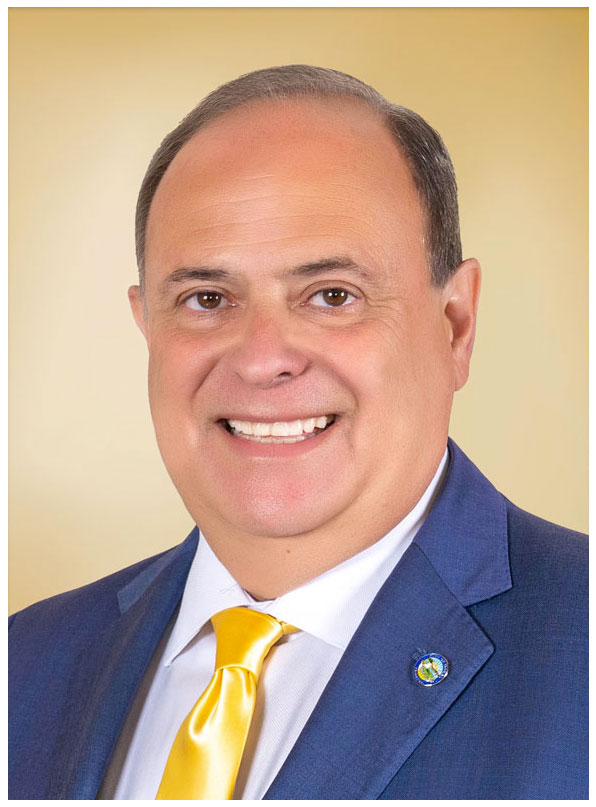 Juan Carlos “JC” Bermudez is the founding Mayor of the City of Doral and served in that capacity for the first 9 1/2 years of the city’s existence. He was re-elected as Mayor of Doral in 2016. He is currently a member of the Advisory Board of the United States Conference of Mayors, as well as the Vice Chairman of the Miami-Dade County Transportation Planning Organization.

During Mayor Bermudez’s terms the new city’s infrastructure was created including the creation of the city’s award-winning Finance and Parks departments. Under his leadership the city added over 121 acres of playgrounds, ballfields and recreational facilities while purchasing, through grants and funds, an additional 45 acres of parkland. These parks include Doral Central Park, Morgan Levy Park, Doral Meadow Park, Downtown Doral Park, Trails and Tails Park and Veterans Park. Morgan Levy Park, an old construction debris land field site, was refurbished into an award-winning recreational facility. Trails and Tails Park was the first municipal dog park in the western part of Miami-Dade County. Under Mayor Bermudez the city also began to build one of the most extensive urban bike trails in the county.

During Mayor Bermudez’s terms the city has received numerous national accolades including being chosen the Best City for Business Start Ups by Business Week, named #2 of America’s top 25 Towns to live well in for its cultural amenities, pro-business environment and highly educated workforce by Forbes.com, named the third best place in the USA to retire by US News & World Report, was ranked the 51st best in top 100 places to live and launch a business in the United States by CNNMoney.com, and was ranked the 22nd best place to live by Money Magazine in 2018 . Most recently, City of Doral was named the fastest growing City in Florida and 11th in the country by the Florida International University's Metropolitan Center.

During Mayor Bermudez’s term 3,000 plus new trees were planted in the major thoroughfares and areas of the city and the city became one of the youngest cities in the Country to be named “Tree City USA” by the Arbor Day Foundation. The city was named a “Playful City USA” as one of the cities with the best park systems in the country. Additionally, the International City Managers Association Center for Performance Management recognized the city for its financial stability and for instituting Performance Management success and budgeting.

Mayor Bermudez led the fight in Tallahassee to eliminate the onerous “mitigation tax.” After a long battle with Miami-Dade County both in the legislature and the courts, the City of Doral was able to eliminate this tax which was in place for perpetuity and would cost the city over 20 million dollars a year if in place today. Under his administration the City of Doral also went to court to successfully claim its fair share of the half–penny sales tax which Miami-Dade County was denying to pay to the city. That successful battle led to the creation of the Doral Trolley System that today helps alleviate the traffic in the City of Doral and adjoining areas with a steadily growing ridership and a growing network of routes that includes the Dolphin Station Park and Ride Transit Facility, Florida International University (FIU), and the Metro Rail.

Mayor Bermudez’s administration also built the brand new Doral Government Center, located in the heart of Downtown Doral, one of the largest privately built and master planned suburban downtown areas in the region. Working with the Miami-Dade County School Board and local PTAs and PTOs, Doral was the only city in Miami-Dade County to have all of its public schools rated “A Schools” during his tenure as Mayor. Mayor Bermudez, along with local and state leaders, led the fight to keep the United States Southern Command in Doral and to get the federal funding to build the new facilities that now houses SouthCom.

Mr. Bermudez graduated from the University of Miami with a Bachelor of Arts degree and received his law degree (juris doctorate) from the University of Notre Dame Law School. He has practiced law in South Florida for over 32 years and is member of the Florida Bar and the American Bar Association amongst other legal associations. He is currently a partner at SMGQ Law in the Coral Gables office.

Mr. Bermudez has been married to Vivian Bermudez, a special education teacher for almost three decades. They have three children: Eneida Marie, Elena Catherine, and Elisa Nicole, and have resided in Doral for the past 22 years.